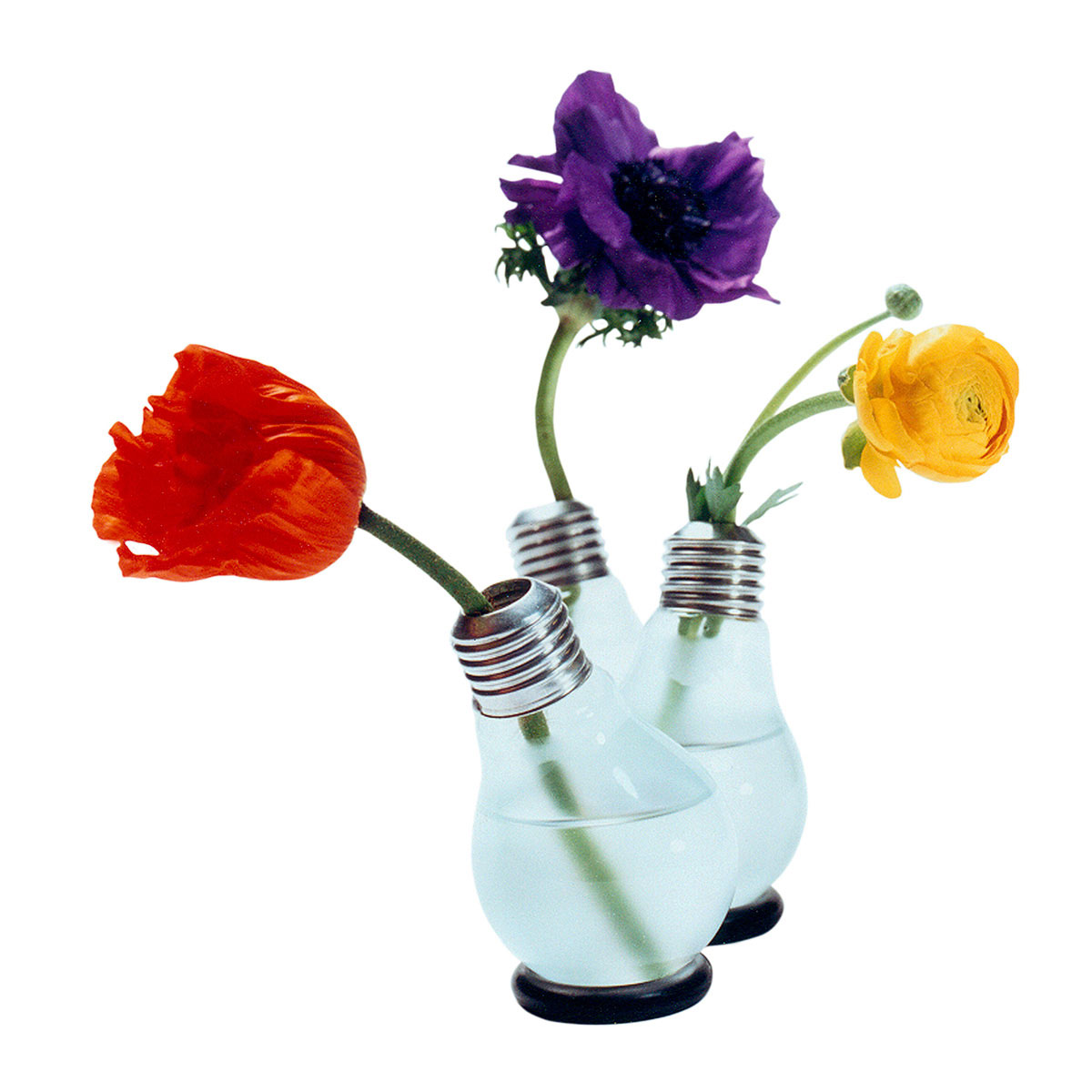 The frosted Edison bulb becomes an original vase called 'Bluehbirne' (German pun on lightbulb). The light bulb shaped vase, according to your fancy, stands up or tilts slightly, always safe on the black rubber ring. Great in an group arrangement or as a single object.
The Bluehbirne is produced in a factory which used to produce the now banned Edison light bulbs. The glass is frosted inside and when dry nearly opaque. After adding water, however, the vase is so transparent that the flower stalk is clearly visible. The vase is packaged in an (almost) original bulb cardboard box. 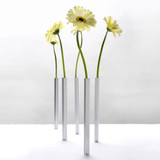 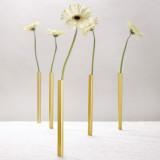 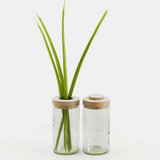 SIDE BY SIDE | Vase and Jar | Clear Glass 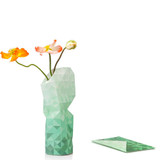