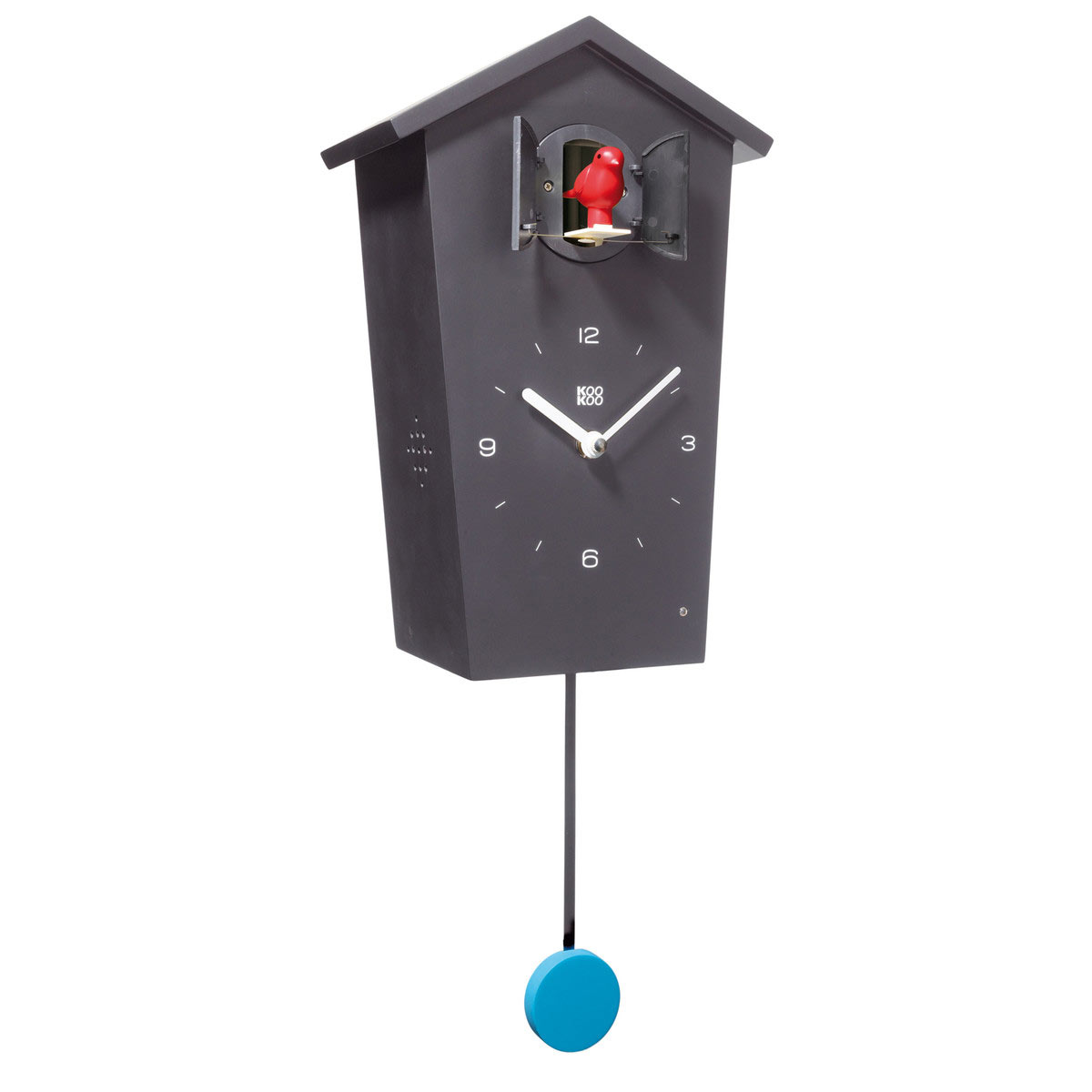 or make 4 interest-free payments of $57.48 AUD fortnightly with

The German BirdHouse Clock is a cuckoo clock with a refreshingly contemporary design, inspired by the famous original Black Forest Cuckoo Clock. In omitting the often overwhelming decorations on traditional cuckoo clocks, the 'new' BirdHouse cuckoo clock is suitable for classic AND modern settings.

Its appearance is minimalist, pure and straightforward, and thus it fits easily into a wide variety of interior styles.

As a 'highlight', the clock has an unexpected, charming hidden feature. The little bird is 'multilingual'; it sings with different genuine bird voices. In addition to the well-known cuckoo call, you can also opt for 12 songbird voices, ranging from a blackbird to an oriole. The chants were all recorded by Jean-Claude Roché in European forests and fields. The bird voices emanating from this pretty cuckoo clock sound so authentic that your surprised visitors will comment on them and ask where the beautiful chirping birds are hidden.

The full hour can be announced with three different modes:

In addition, and this is not only important for children, a light sensor guarantees a peaceful night.

The clock is available in black or white. It comes with four coloured birds (blue, green, red and white) and pendulum charms (black, blue, red and white). So you can customise your own modern Black Forest Cuckoo Clock.

The BirdHouse is not only a wall clock, but it can also be used as a mantelpiece or table clock without the pendulum. 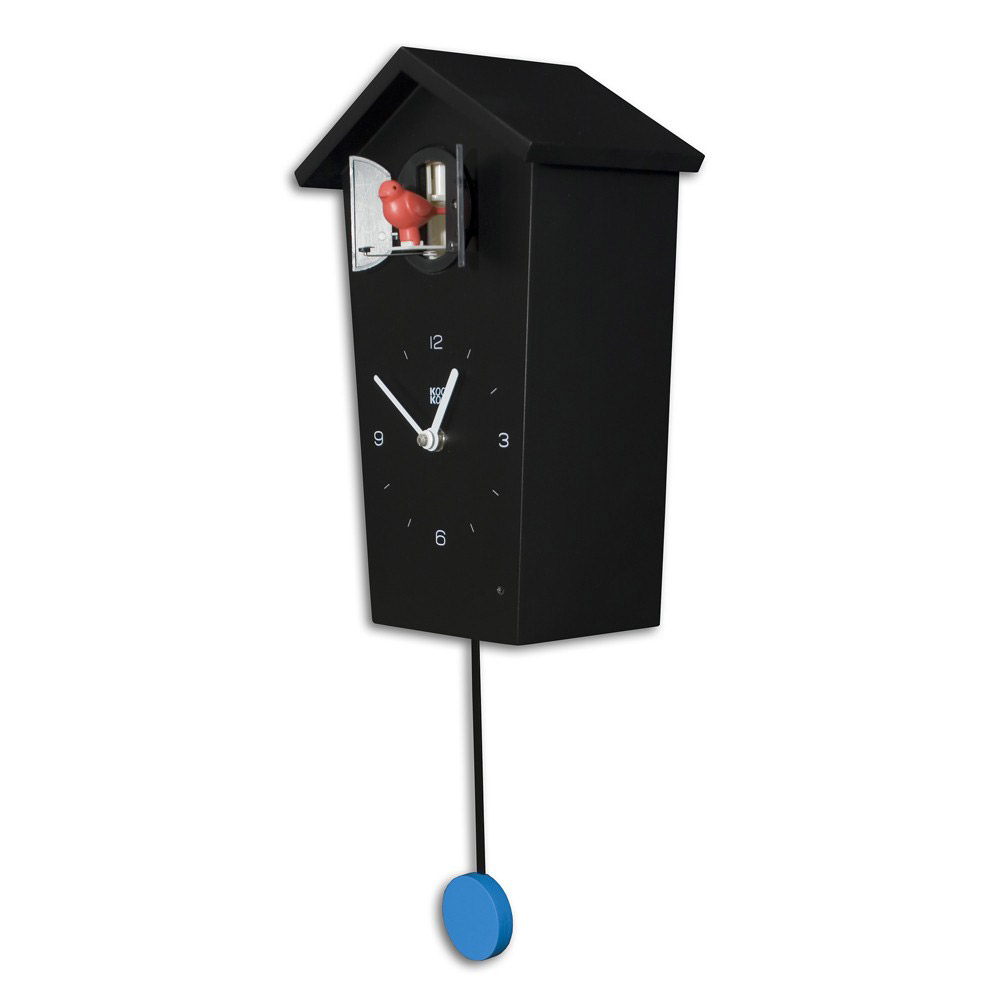 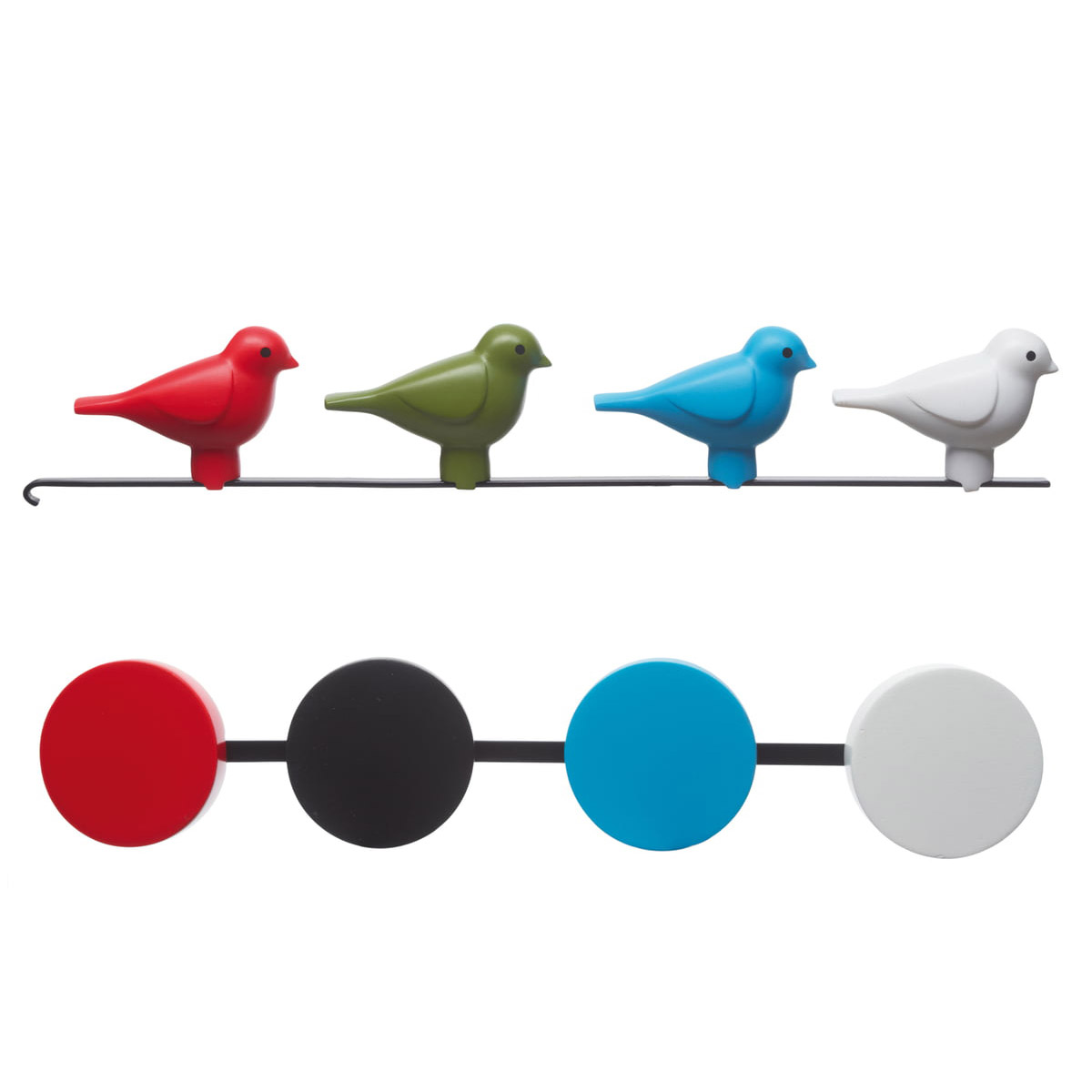 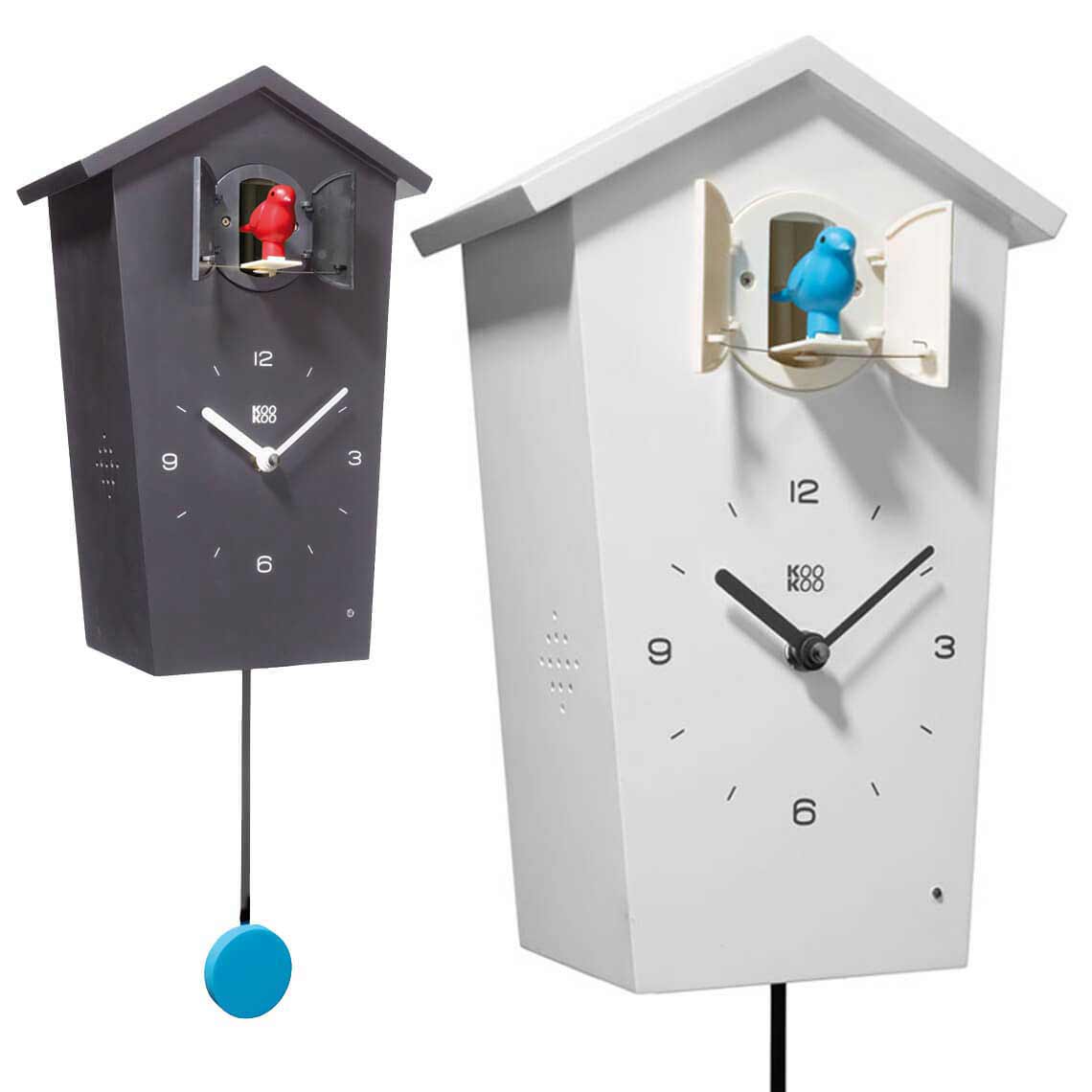 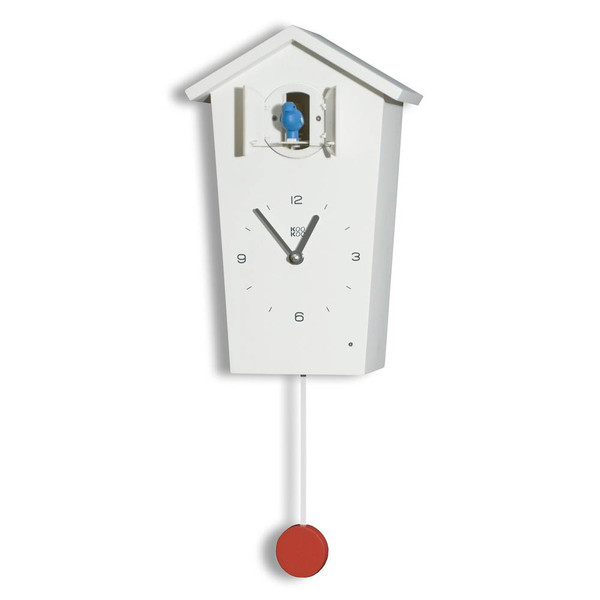 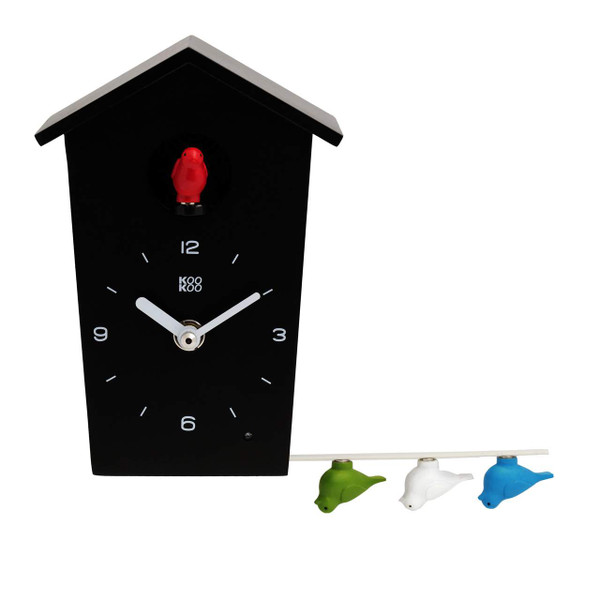 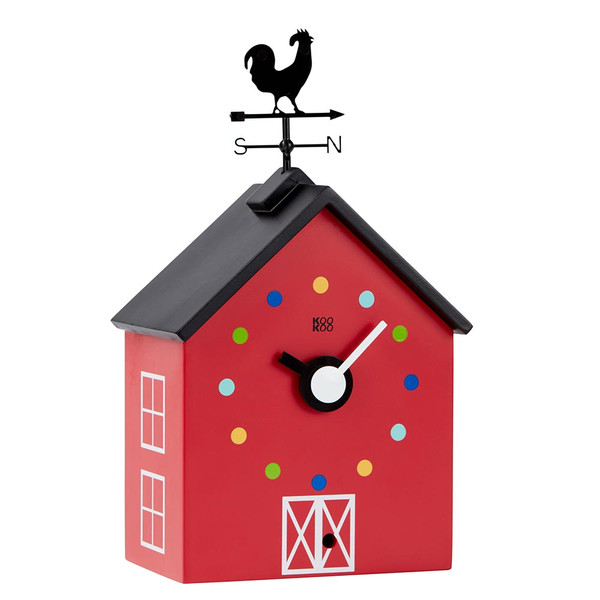 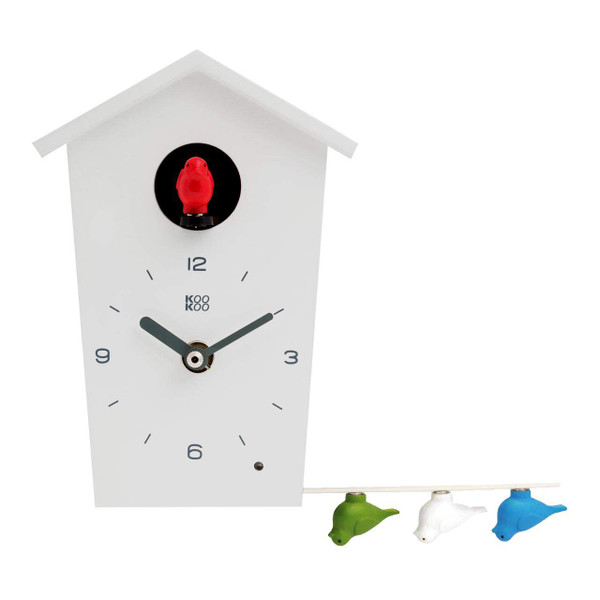